This post reflects on the long and winding road that led to the discovery of the oxidative stress-inducible gene, interleukin 11, as a marker for cancerassociated fibroblasts.

We previously reported that oxidative stress was tightly associated with cell death1; therefore, we surmised that a murine acute liver injury model might be suitable for testing whether these candidate genes were upregulated. Injecting mice with anti-Fas antibody was known to induce acute liver injury2. To our surprise, after injecting the anti-Fas antibody into mice, and analysing the livers, we found that the ten candidate genes did not show any increase in expression. Thus, we needed to examine 200 other genes that were upregulated more than 4-fold after oxidative stress. For this analysis, we needed to come up with an efficient method for selecting candidate gene(s) for vector construction. After struggling on this project for several months, a candidate gene emerged from another project in my lab, during an analysis of livers from Cflarflox/flox;Mx1- Cre mice. By using tissue specific Cflar-deficient mice3, we investigated a role of anti-apoptotic protein, cellular FLICE-inhibitory protein that is encoded by Cflar gene. The interferon (IFN)-inducible Mx1-Cre/loxP system was a prototype of the inducible Cre recombinase system, where a gene flanked by two loxP sites could be inactivated. We injected Cflarflox/flox;Mx1-Cre mice with polyinosinic:polycytidylic acid (poly I:C) that induces the production of IFNα/β by Kupffer cells. This procedure resulted in the expression of Cre recombinase in hepatocytes. We found that a Cre-dependent deletion of the Cflar gene in hepatocytes induced fulminant hepatitis4.

A microarray analysis revealed that, following the poly I:C injection, the most upregulated gene in the livers of Cflarflox/flox;Mx1-Cre mice was interleukin 11 (Il11), which was unfamiliar to us at that time. No one in the lab, including me, had paid attention to IL-11 before. According to my lab notes, on the night of February 28, 2009, I happened to find that Il11 was also on the list of upregulated genes in fibroblasts in response to oxidative stress! This indicated that IL-11 might be a potential candidate for visualizing oxidative stress in vivo. After performing many experiments to verify that IL-11 was indeed induced by oxidative stress in vitro and in vivo, we finally decided to generate Il11- Egfp reporter mice.

To generate Il11-Egfp reporter mice, we used a knock-in strategy to insert the Egfp gene just downstream of the ATG initiation site of the Il11 gene in a bacterial artificial chromosome (BAC). We initiated the generation of Il11- Egfp BAC transgenic mice in collaboration with Professor Otsuka at Tokai University, and Dr. Tada at Juntendo University, in 2010. We assumed that it would take several months to generate Il11-Egfp BAC transgenic mice. A talented scientist, Takashi Nishina, the first author of the present paper5, had recently joined our lab as a postdoctoral fellow in April, 2010. Before working on Il11-Egfp reporter mice, we investigated the role of IL-11 with an acetaminophen (APAP)-induced liver injury model. That study took almost two years to complete6. Then, Takashi concentrated his efforts on analysing Il11- Egfp reporter mice. We first examined whether Il11-Egfp mice could be used to monitor IL-11-producing cells in an APAP-induced liver injury model. However, we could not detect any EGFP signals in the liver. Those results were 3 disappointing, but Takashi did not give up and continued focusing on Il11- Egfp reporter mice.

Around that same time, an Australian group published a seminal paper on IL- 11. They reported that IL-11 expression was elevated in gastric and colorectal cancer (CRC) in human patients and in several murine models7. Moreover, they also showed that a blockade of IL-11 signalling, in IL-11 receptor knockout mice or with an IL-11 antagonist, resulted in a dramatic reduction in CRC development7. Given that oxidative stress is tightly associated with the development of various cancers8, and that IL-11 was induced by oxidative stress6, we hypothesized that IL-11 might be the missing link between oxidative stress and tumorigenesis. Thus, Takashi induced colitis in mice with dextran sodium sulphate (DSS) to visualize IL-11+ fibroblasts in vivo. Following DSS treatment, we successfully detected IL-11+ (EGFP+) cells in mouse colons, but the percentage of IL-11+ cells was very low. Nevertheless, Takashi isolated IL- 11+ cells from those mice and characterized their gene expression profiles in a microarray analysis. Most IL-11+ cells appeared to express stromal cell markers, such as Thy1, podoplanin, and Sca1; thus, they were considered to be stromal fibroblasts.

In April 2014, our group moved to Toho University, where we continued and expanded our work on IL-11. We investigated the role of IL-11 further by generating Il11-/- mice and anti-IL-11 antibody9. We could visualize IL-11+ cells in tumour tissues in the colons of mice treated with azoxymethane/DSS and in the progeny of ApcMin/+ mice crossed with Il11-Egfp mice. Of note, IL- 11+ fibroblasts were located adjacent to tumour cells (Figure 1). 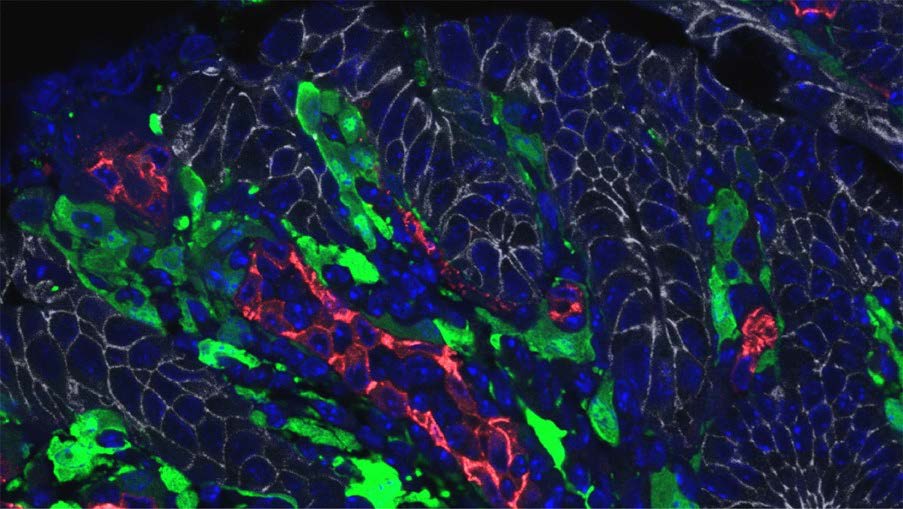 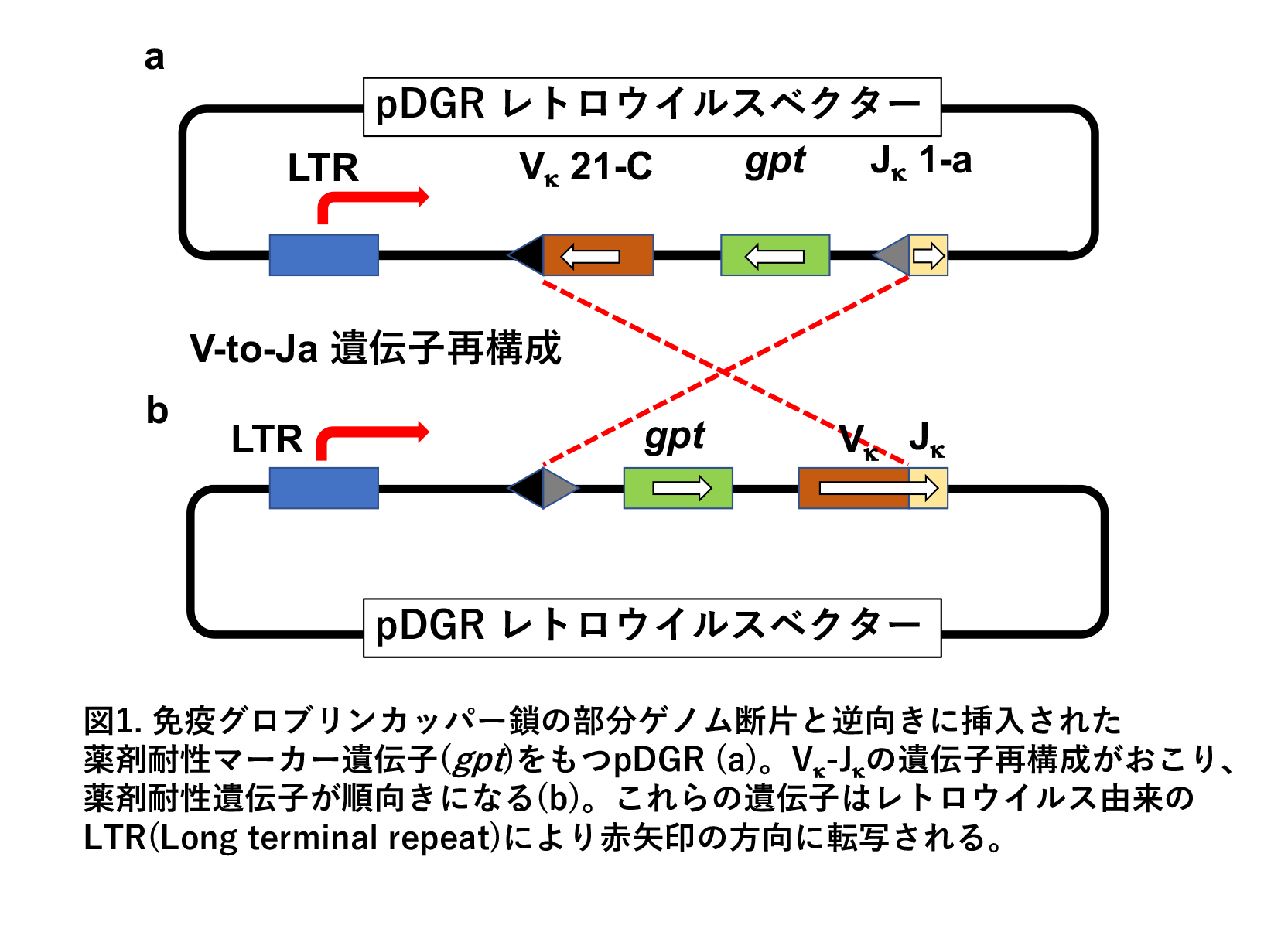 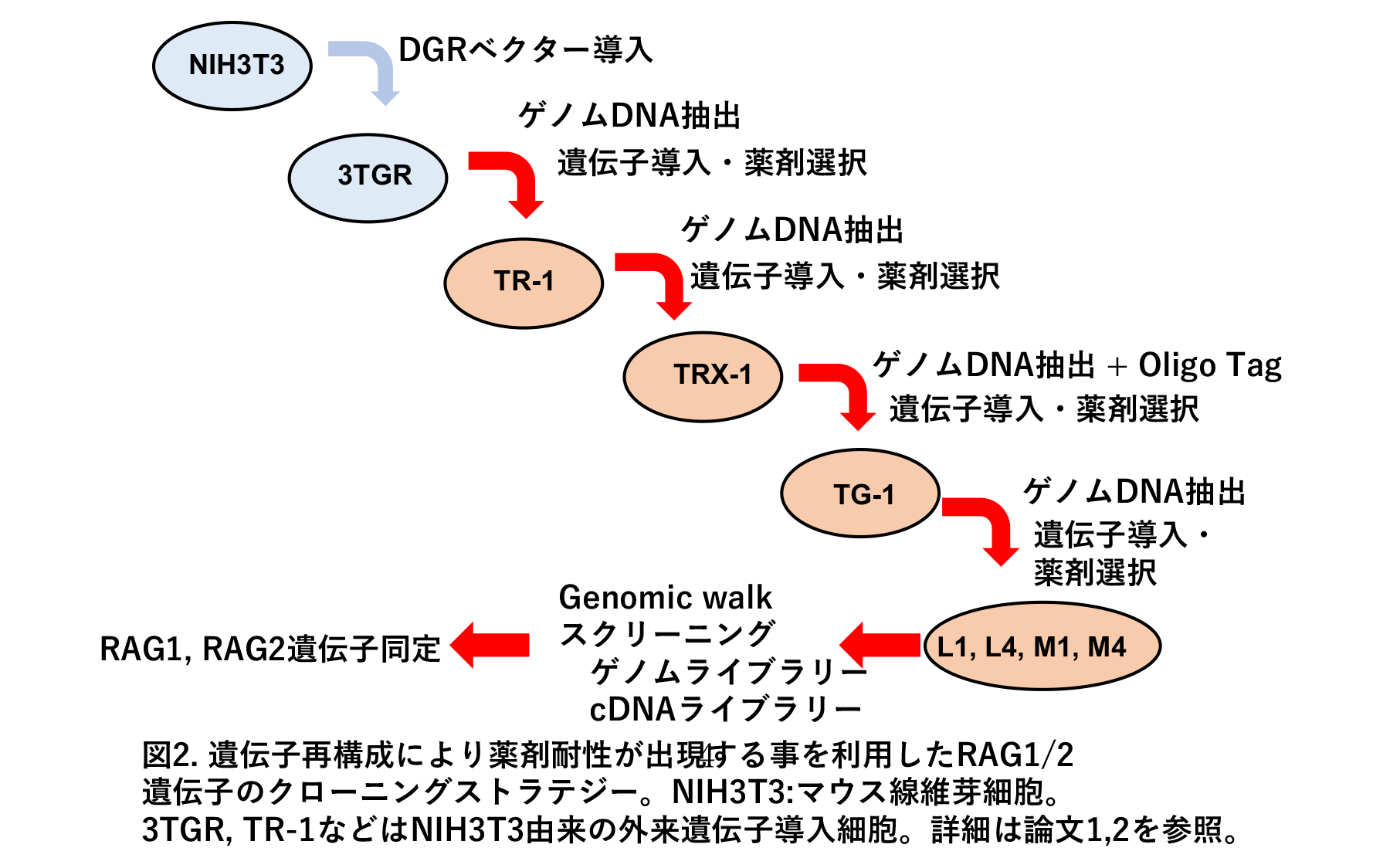 12) You cannot connect the dots looking forward; you can only connect them looking backward 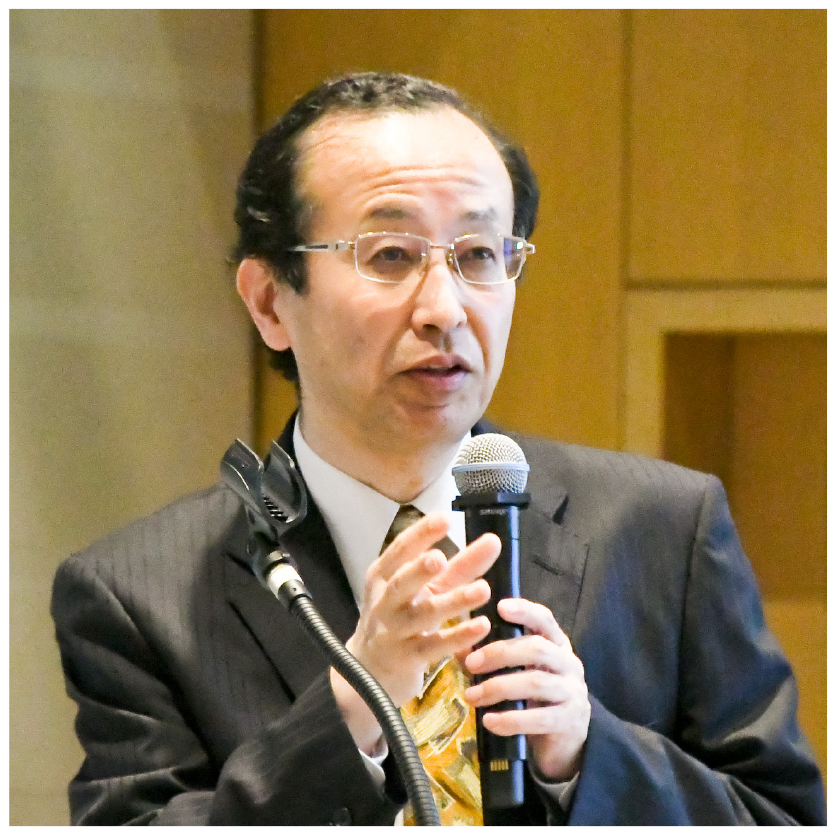 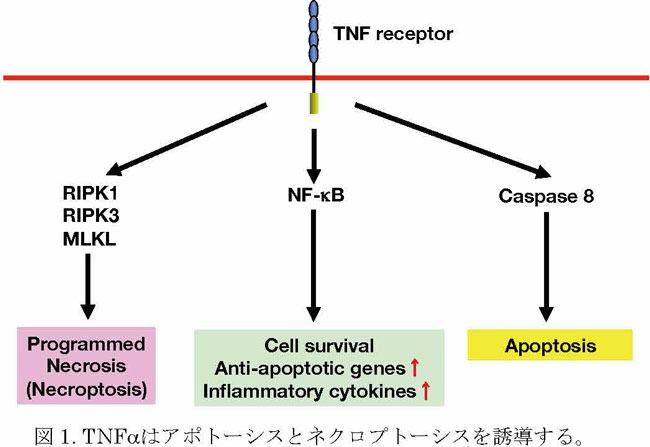